Located on the Georgia/South Carolina border, the city of Augusta, GA lies on the Savannah River, which supports its diverse economic endeavors as well as vast recreation options. The city is the center point of the Central Savannah River Area (CSRA), a 13-county region that includes both Georgia and South Carolina. It is located within close proximity to many major southern destinations including Atlanta, Columbia, and Charlotte. 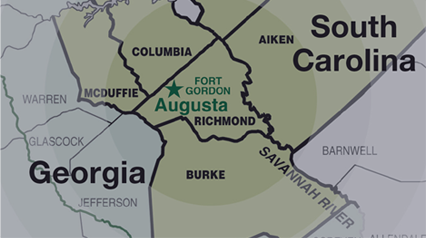 Some compelling facts underscore the qualities that make Augusta a great place to live and work.

Learn more about the regional cities of the CSRA