To submit questions for CSM Quintero, visit 'SUBMIT A QUESTION!' at the top of this page to enter the question forum. Deadline for submission is Sunday, June 14th.

Command Sgt. Maj. Delia Quintero has served in many assignments and positions ranging from Team Chief to her role as Command Sergeant Major for the U.S. Army Cyber Center of Excellence and Fort Gordon. She entered the United States Army on April 21, 1992. Her basic training was at Fort Jackson, SC and her advance individual training was at Fort Gordon, GA where she was awarded the MOS 25L, a Wire Systems Installer and Maintainer. She has also served five combat tours: two in Iraq in support of Operation Iraq Freedom and three in Afghanistan in support of Operation Enduring Freedom. CSM Quintero has received numerous awards and decorations consisting of the Joint Meritorious Unit Award, the Army Valorous Unit Citation Award, the Bronze Star Medal, and various other honors. She is a Distinguished Member of the 508th Infantry Parachute Regiment, a member of the 82nd Airborne Division All American Centurion, a recipient of the honorable Signal Corps Regimental's Bronze Order of Mercury and is a member of the prestigious Sergeant Audie Murphy Club (SAMC). CSM Quintero holds an Associate's Degree in Administration Management, a Bachelor's Degree of Science with a focus in Psychology and she is currently working on her Master's in Human Resources with a focus in Strategic Leadership. 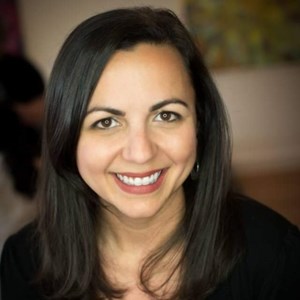 This virtual program is complimentary to attend, but a $15 donation is requested upon registration for the Education Resources of Augusta Fund; a philanthropic, community fund dedicated exclusively for the purpose of supporting public education in the Augusta Region. All donations will go directly to support this summer's 24/7 online tutoring for Richmond County School System students. To register, visit ‘REGISTRATION OPTIONS’ at the top of this page.