All About the Mission - November 1 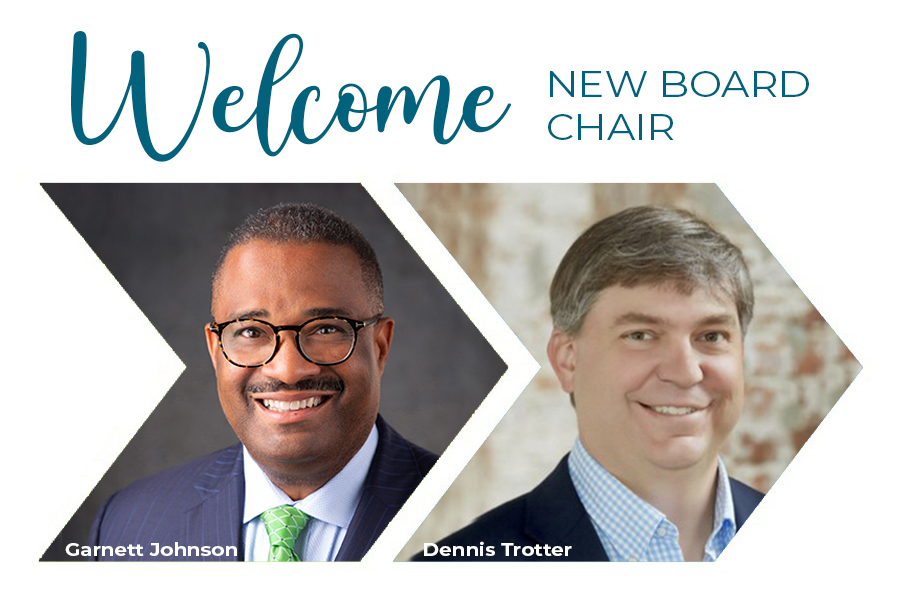 The Augusta Metro Chamber announces the transition of its Board Chairman position following the election of Garnett Johnson, owner of Augusta Office Solutions, to Mayor of the City of Augusta.  Assuming the role of Board Chairman will be Dennis Trotter, Founding Partner at Jordan Trotter Commercial Real Estate.

“The Chamber is excited to see a small business owner and past recipient of our Augusta’s Entrepreneur award headed into local elected office,” said Chamber President Sue Parr.  “His new role as Mayor will provide an important relationship between city government and the business community.”

Over the past year, Garnett has done an outstanding job leading the Chamber’s strategic goals of advocating for the business community, strengthening the workforce pipeline, building community infrastructure and delivering meaningful programs and services to its members.

The earlier than normal transition to Chairman-Elect Dennis Trotter takes place at a time when Mayor-Elect Johnson will be building out his team at City Hall ahead of his inauguration in January.  The Chamber will welcome back Mayor Johnson at its 2023 Annual Meeting for the traditional passing of the gavel.