All About the Mission - September 12 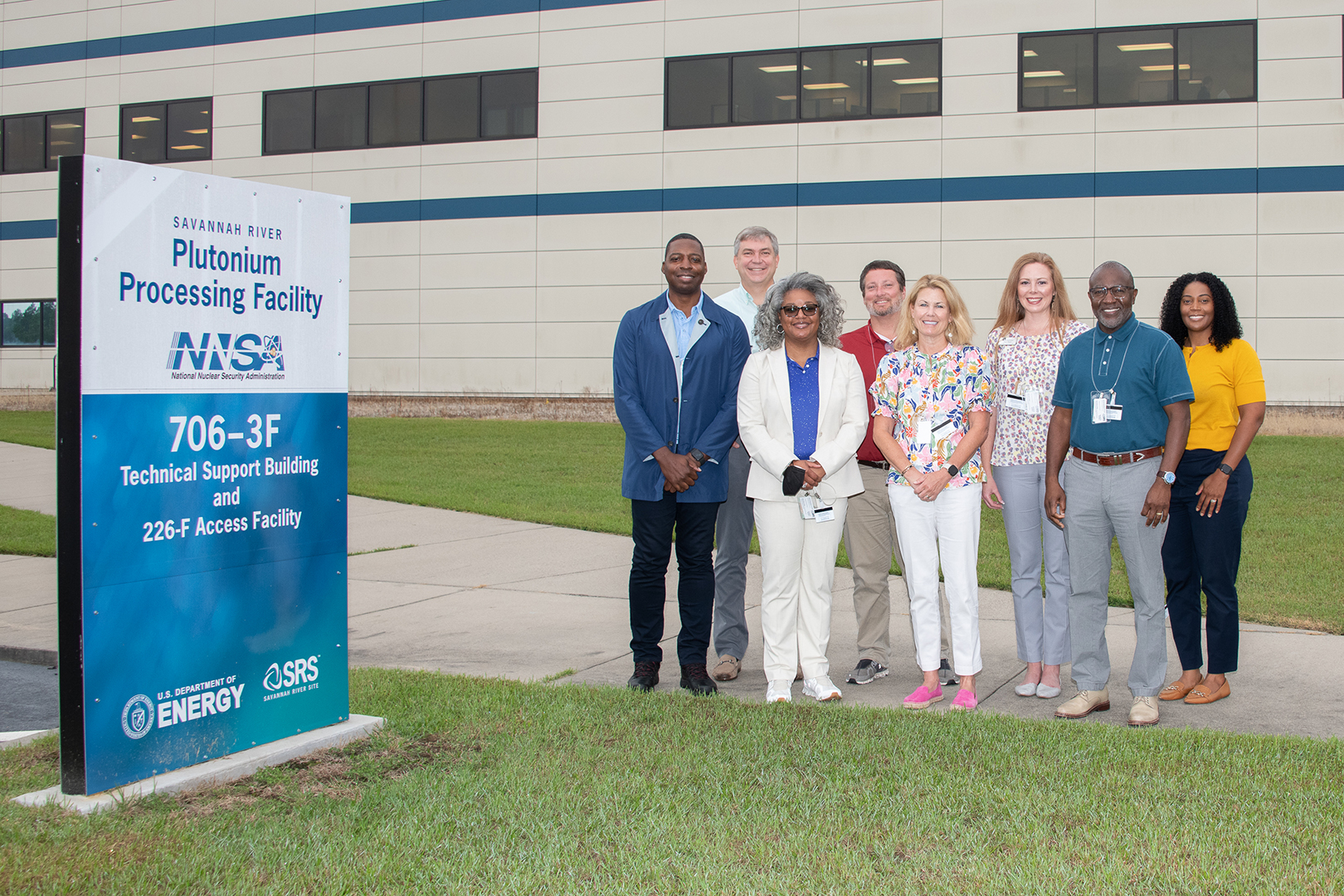 Savannah River Site has been a significant economic driver for our region since the 1950’s.  It’s likely the community would never have imagined when President Truman in 1950 declared that the United States was going to accelerate its atomic energy program, that the “Savannah River Project” would become what it is today.

Keeping the community informed about the site is challenging for lots of reasons.  It’s history and mission portfolio is a bit shrouded in secrecy because of the nature of what is being done there but also, the scope of missions is extensive.  That’s why it was particularly important that members of the Chamber’s Board of Directors had the opportunity to tour SRS for an up-close perspective on the work being done at the site which employs just under 12,000 people and has an annual economic impact of $2.2 Billion to our region.

The Chamber serves as an advocate for the continued mission and job growth at the site and to ensure it has a bright future serving the nation.  Just as Ft. Gordon has continued to grow and become an important installation for our nation’s defense, so too is Savannah River Site an opportunity to fulfill the nation’s unique missions around nuclear technology.  The Augusta Region is fortunate to have two federal installations in our region and both vitally important.

Tours are available for anyone interested in learning more about SRS and is according to board members that participated, well worth the time.  To view upcoming schedules, visit https://www.srs.gov/general/tour/public.htm